The death of a young musician whose body was found in a gutted bungalow was initially passed off as a terrible tragedy. But that all changed when forensics established he died BEFORE the fire, writes WAYNE FLOWER

Connor Tolson was working as a kitchen hand, but had dreams of headlining stadiums.

He was just 21 and a drummer in Melbourne band Riders Of Sin when his body was found in the burnt out remains of a bungalow at the rear of his family home.

It was September 19, 2015 and to this day who, why and exactly how he died remains a mystery.

Now police are offering a $1 million reward in the hope of finally cracking the case. 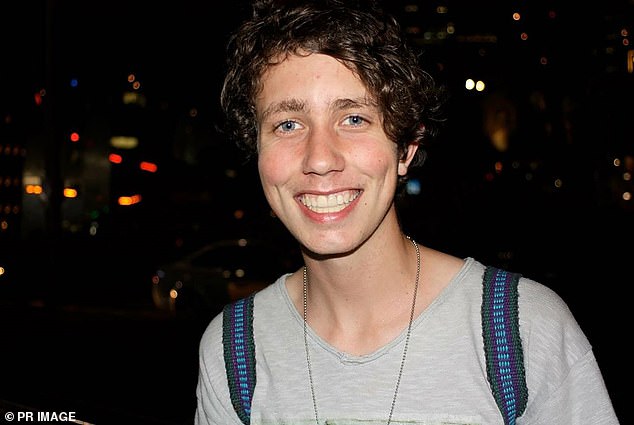 Police are offering $1 million for information to solve the suspicious death of a young Melbourne musician Connor Tolson (above), after a fire at his home more than six years ago 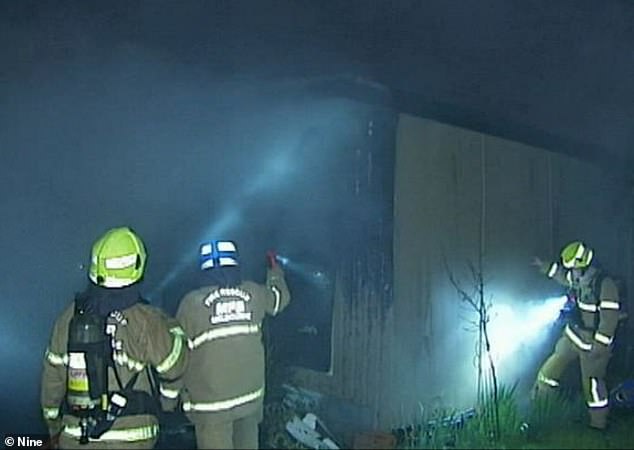 On Wednesday, Victoria Police announced it would hand over a $1million reward for information leading to the conviction of Connor's killer.

Homicide detectives have long held suspicions about who had motive to kill him.

Connor's sister, Alanna, and mum, Karen Mantello, were woken by the smell of smoke at 5am on the morning of the fire.

They tried desperately to save Connor, but forensic experts would later determine he was dead before the fire began.

His skull appeared to have been cracked by a blunt object and he was likely strangled.

Police had initially been ready to pass Connor's death off as a simple tragedy.

The young musician had no known enemies and a toxicology report indicated he had THC in his system and a blood alcohol level of .12 - the telltale signs of a big night out.

There was no sign of forced entry into the bungalow where he lived and nothing appeared to have been stolen.

The bungalow had been a typical mess of wires and junk, with 10 guitars and two amplifiers jammed into it.

Connor had lived at the property all of his life and within the bungalow since he was a 17-year-old.

Friends of Connor would later tell police that it was in fact totally fractured, with the pair getting into violent fights before he died, the inquest heard.

James had been diagnosed with ADHD and police were advised he had been abusing his medications in the period before Connor's death.

Ms Martello stated James had become too difficult to live with, the inquest heard, with police records showing officers had been called to the family's Malvern East home at least eight times due to James' behaviour in the previous two years. 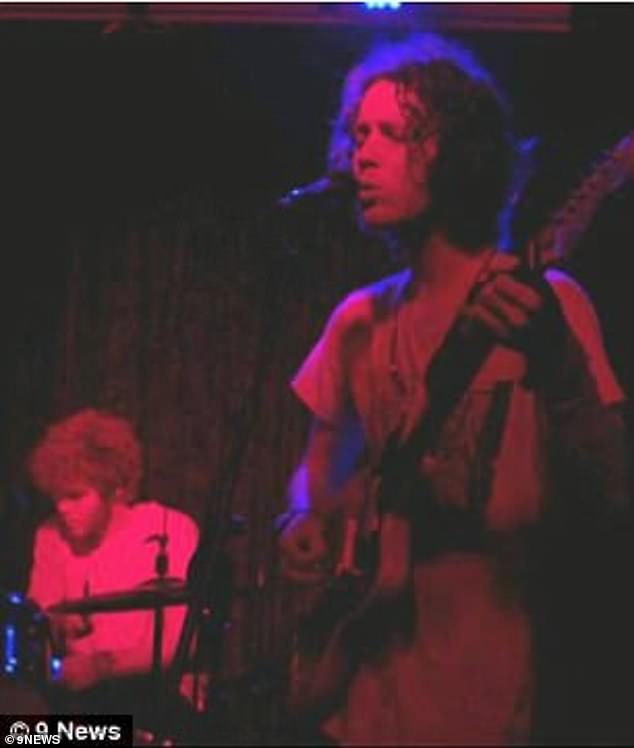 Connor Tolson had a been a keen musician with a love of Bob Dylan, the Rolling Stones and the Beach Boys 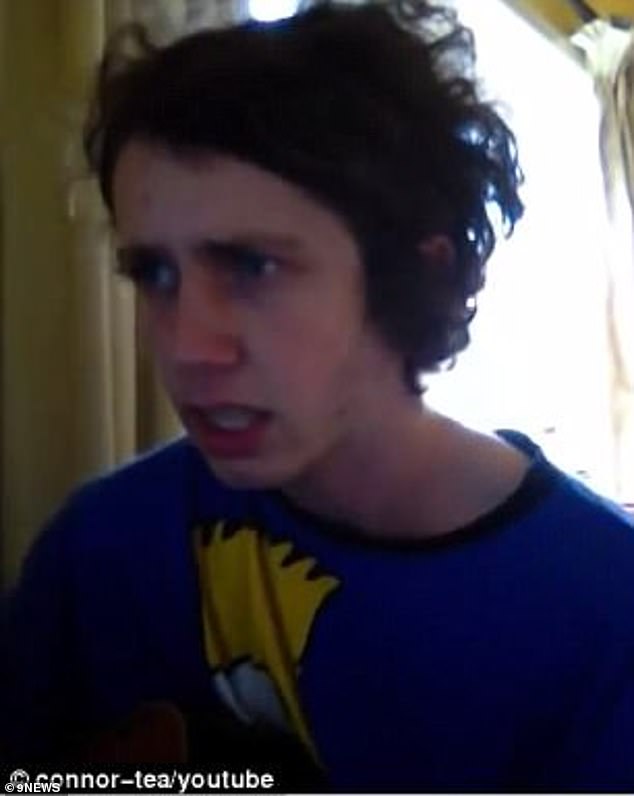 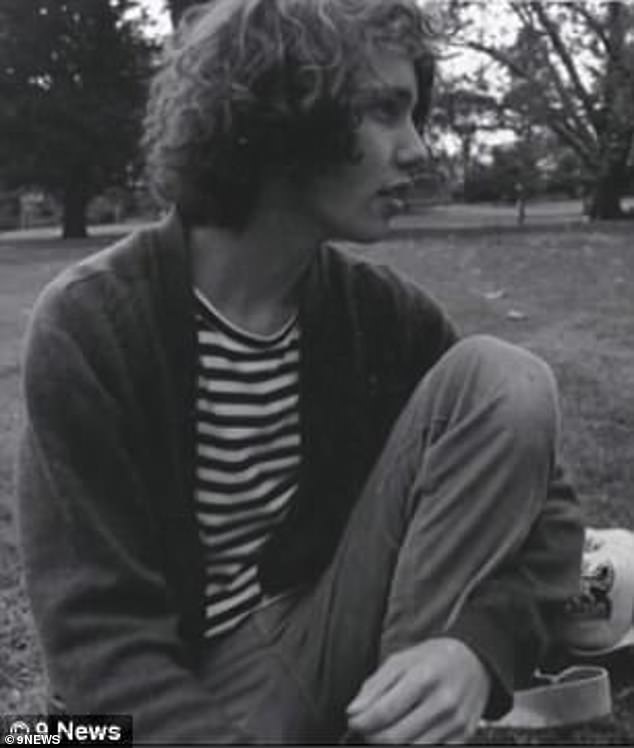 Connor Tolson (pictured) could play almost any instrument he picked up

On January 28 - just eight months before he would die - Connor reported his brother over an alleged assault.

The inquest heard how Connor told police he had been terrified of his bigger and stronger brother.

'I didn't know what he was going to do next,' he told police.

'During the time of the assault I feared for my safety and I was scared.'

After their father busted them up, Connor claimed his brother returned to his bedroom and punched him in the face.

An intervention order was successfully placed on James, which would not expire until 2016.

James faced court over the assault in July that year and walked away without a conviction.

Intervention orders had not gone down well with James, a coronial inquest into Connor's death would be told.

He had been issued with one a year earlier after an incident involving his mum.

James became homeless, but would still breach the order 'three to four times a week', Ms Mantello told the court. The breaches had resulted in a conviction and fine.

Despite the ongoing intervention orders, the court heard James was continually allowed back into the family home.

He had only been kicked out by their mother three days before the fire.

When Homicide Squad detectives caught up with James, he refused to talk with them.  Years later he would reluctantly agree to make a statement.

He claimed he did not know where he had slept on the night of the fire.

'We had different interests but we got on well together I thought,' he said in 2017. 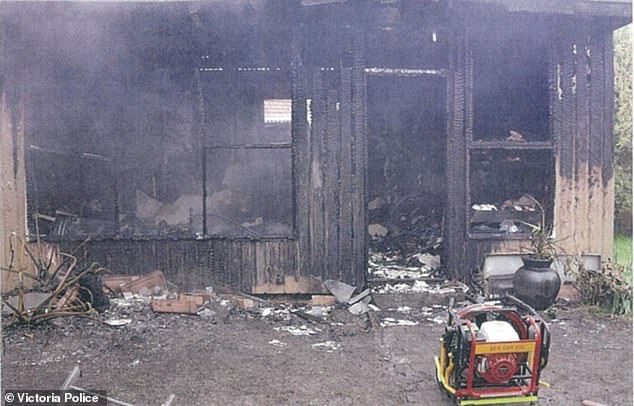 However, a 2017 inquest into the death found it was suspicious and referred it to the Victoria Police Arson and Explosives Squad to investigate 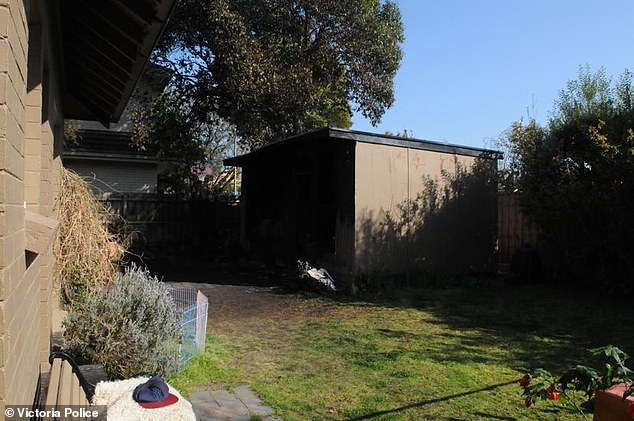 Inquiries into Conner's movements on the night he died found nothing out of the ordinary.

He was drunk at a birthday party in Brighton before jumping into an Uber, which dropped him off at home just after midnight on the morning he would die.

The inquest was told detectives were unable to gather enough evidence to charge Conner's brother - their only suspect.

On February 3, 2017, the case was finalised and handed over to the state coroner for inquest.

Coroner Audrey Jamieson was told Connor had been a calm, passive person with not a hint of an enemy in the world.

'If he was ever to get into a fight, it wouldn't be of his choice,' a friend said.

The only person that would make him angry was his brother James, the court was told.

The court heard James repeatedly threatened his family in the months before the fire.

'I'm going to burn the house down. I'm going to kill you,' James would warn them, the court heard.

Connor had done his best to hide the fear he felt for his brother, a friend told the court.  But a brawl just weeks before his death had rattled him.

The court heard James had routinely tormented his brother, spitting on him while he meditated in the backyard.

When police initially spoke to James a little over a day after the fire, he allegedly failed to show any emotion upon news his brother was dead.

On January 28, 2018 Judge Jamieson sent the matter back to prosecutors, allowing police to continue with their murder investigation.

James was identified as a suspect, but no charges have ever been laid. 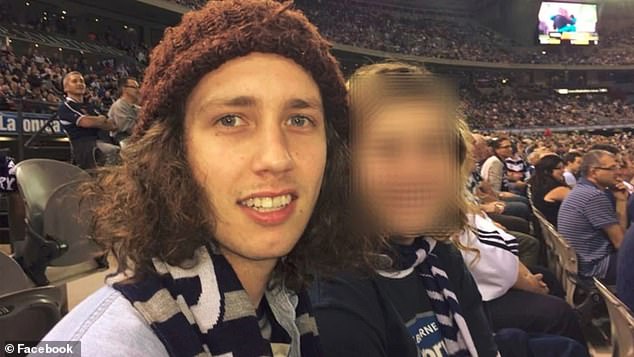 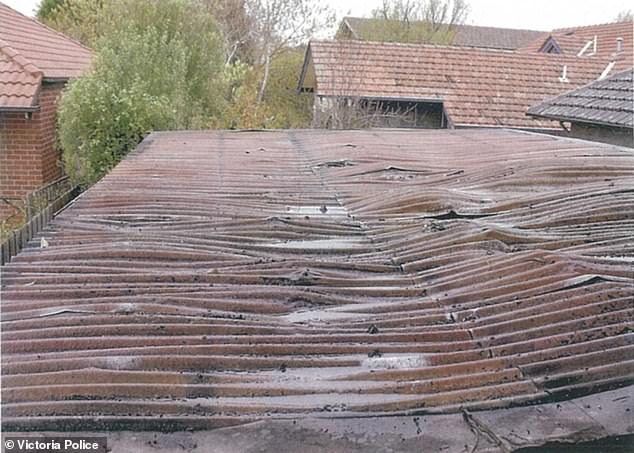 On Wednesday, Detective Senior Sergeant Mark Kennedy said those responsible for Connor's death may have spoken to someone about it and hoped the reward could lead to them coming forward.

'People's circumstances can change over the years and someone who may not have wanted to provide information to police previously may now feel ready to do so,' he said.

'It doesn't matter how insignificant you think the piece of information is, it could be exactly what our investigators need to make a breakthrough in this case.'

Mr Tolson told reporters he wasn't expecting justice for Connor's death, but hoped for answers for his family.

'I am over it now, I have realised the world is a pretty horrible place and I just accept the new world I am in but it would be great to have a conclusion for family,' he said.

When questioned about his son James' possible involvement in the crime, Mr Tolson refused to accept he was a killer.

'(He's) a suspect, you'd have to say that. But again nothing is conclusive and if that were to be the case then it would just obviously make a very sad situation sadder,' he said.

Anyone with information on the case should contact Crime Stoppers on 1800 333 000.