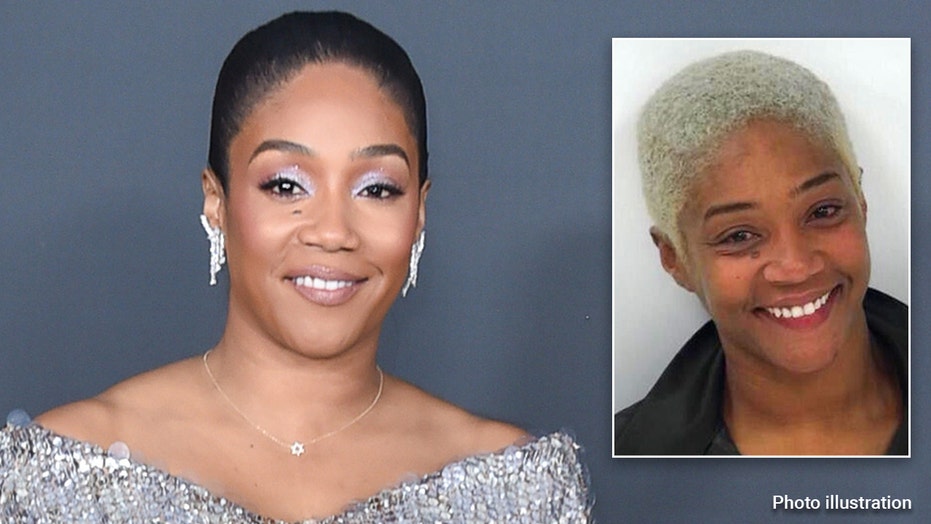 Fox News Flash top entertainment and celebrity headlines are here. Check out what clicked this week in entertainment.

The news of the 42-year-old actress'  arrest was confirmed to Fox News Digital by the Peachtree City Police Department Friday.

According to the police department's statement, officers were responding to a call at about 2:30 a.m. ET regarding a driver falling asleep at the wheel.

Comedian and actress Tiffany Haddish was arrested for driving under the influence in Georgia early Friday morning. (Emma McIntyre/Getty Images for MTV)

Callers gave authorities a description of the car, and police "conducted a traffic stop as the vehicle pulled into the yard of a residence.

"She was transported to the Fayette County Jail without incident," the statement concluded.

TIFFANY HADDISH RECALLS BEING ‘HOMELESS AND SCARED’ IN INSTAGRAM POST: ‘I’M SO HAPPY WE HAVE COME THIS FAR’

Reps for Haddish did not immediately respond to Fox News' request for comment.

Sources told TMZ that the comedian has had a rough time lately, as her grandmother, who raised her, recently died. She also recently told Extra that despite her professional success, losses in her personal life have been taking their toll lately.

"My career is blowing things out of the water, my life, because I’m a human, it feels like it’s in shambles, but it’s not. I’m just sad because I’ve had some losses," she said.

"@bobsaget I am going to miss you so much," she captioned her tribute. "You have brought so much joy to this planet. You were one of my 1st Great teachers. You always made me feel safe and worthy. You always made me laugh. Now you make God and all the Angels laugh I Love you forever!"

The same day, she shared a tribute to recently deceased producer Carl Craig, who she said "taught me so much about this business, you protected me, pushed me, Scolded me, advised me, and congratulated me."

Nate Day is an entertainment reporter for Fox News Digital

Get the best of Fox News' entertainment coverage, right in your inbox.